With another decade almost upon us I think this is a good time as any to show you the current state of my studio.

It is, as always in a constant state of flux. Among the things I decided to sell this year, mainly because I wasn’t using it that much was the TB-303 “clone” Xoxbox, the Strymon El Capistan pedal and one or two modules for my modular setup. New stuff in the studio includes the Arturia Beatstep Pro and a CV.OCD which I’m using for controlling my analog gear.

Also I got the HYVE I signed up for during their succesful Kickstarted project. Haven’t used it in my music yet but I’m sure I will find a spot for it in an ambient tune soon. Here is a video from last spring where I’m trying it out.

Another fun little toy, a micro-sampler that I think I actually bought in 2018, but haven’t really used yet is the Teenage Engineering PO-33 KO. Might find some use for it now when I’m working on my next album (More info about that in a later post).

On the same note I also got some stuff to use for voice recording. I have an old Røde NT 2 microphone that I’ve rarely used because it was always such a hassle. A Heavy Duty Studio Arm Mic Stand, a SubZero XLR to USB Signal Converter/Mic Preamp and a SubZero Portable Vocal Booth Isolation Ball makes it super easy now. Whenever I want to add some vocals, words or whatever to a song, I just pull out the Mic Arm, turn on the preamp and I’m ready to record.

And finally I threw out my old, very worn-down chair and got the HÅG Capisco 8107. My back thanks me for it. It’s probably the most ergonomic stylish chair in the world. Got it for a bargain price at an online auction.

Click here to listen to music I made on this eqipment 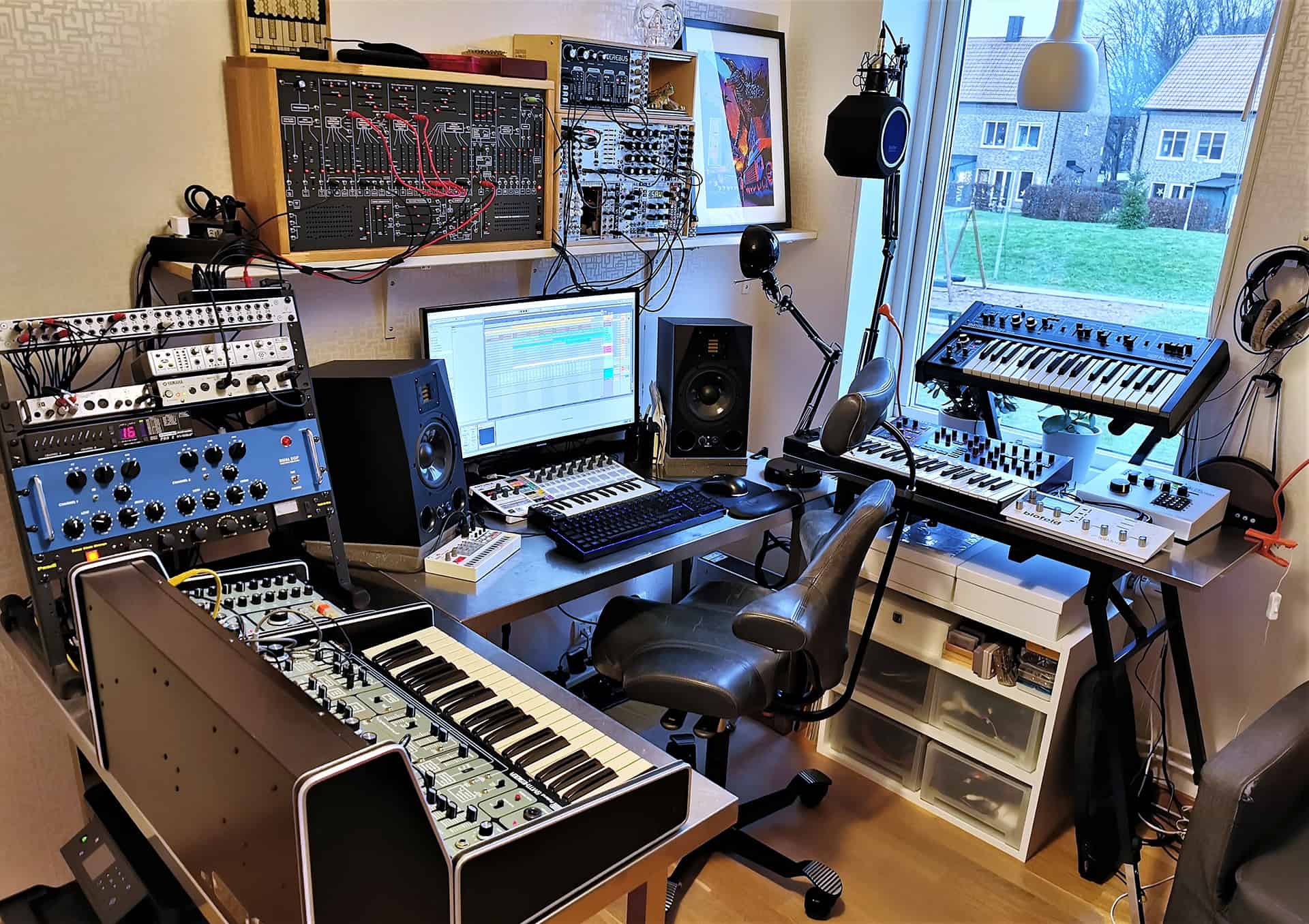 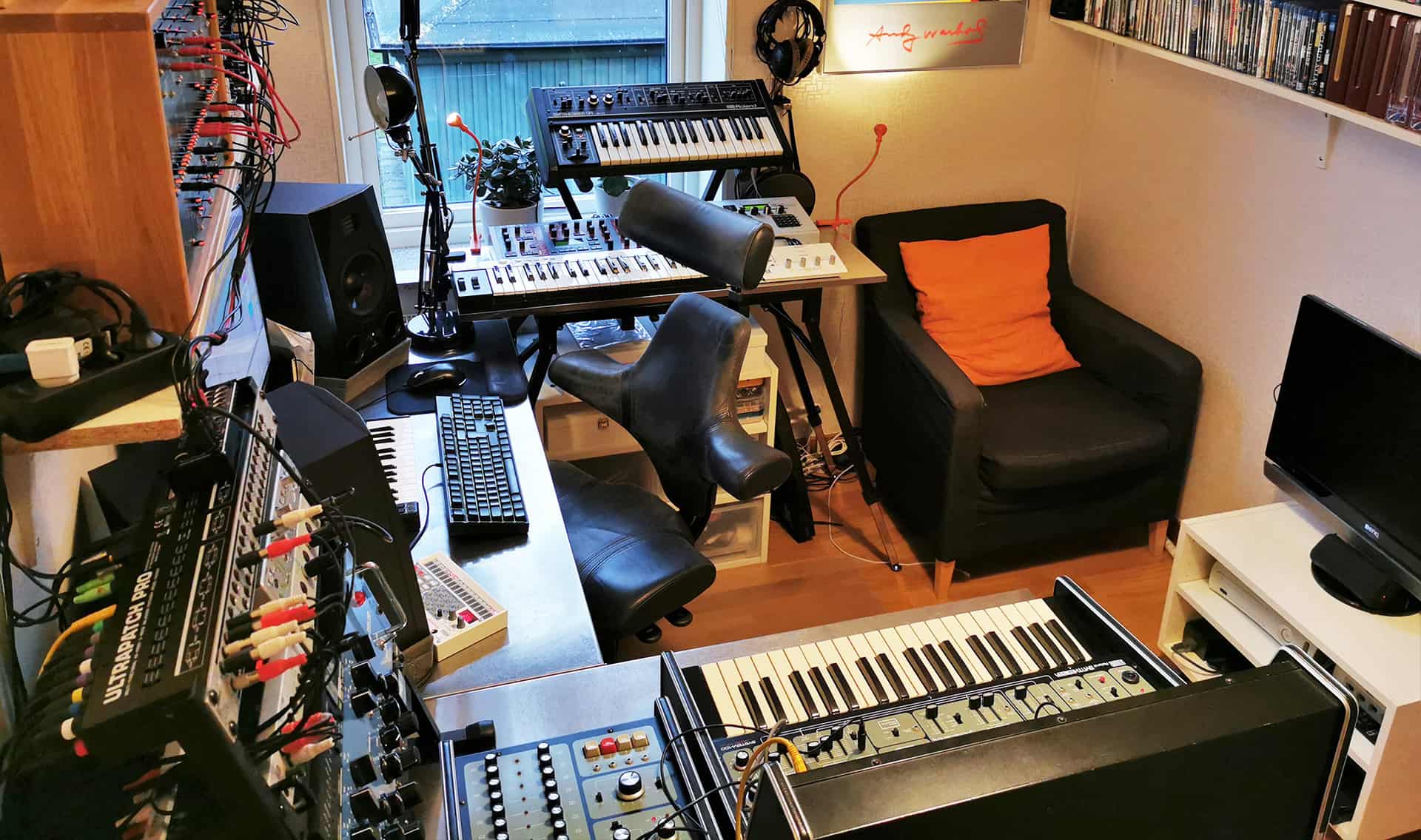 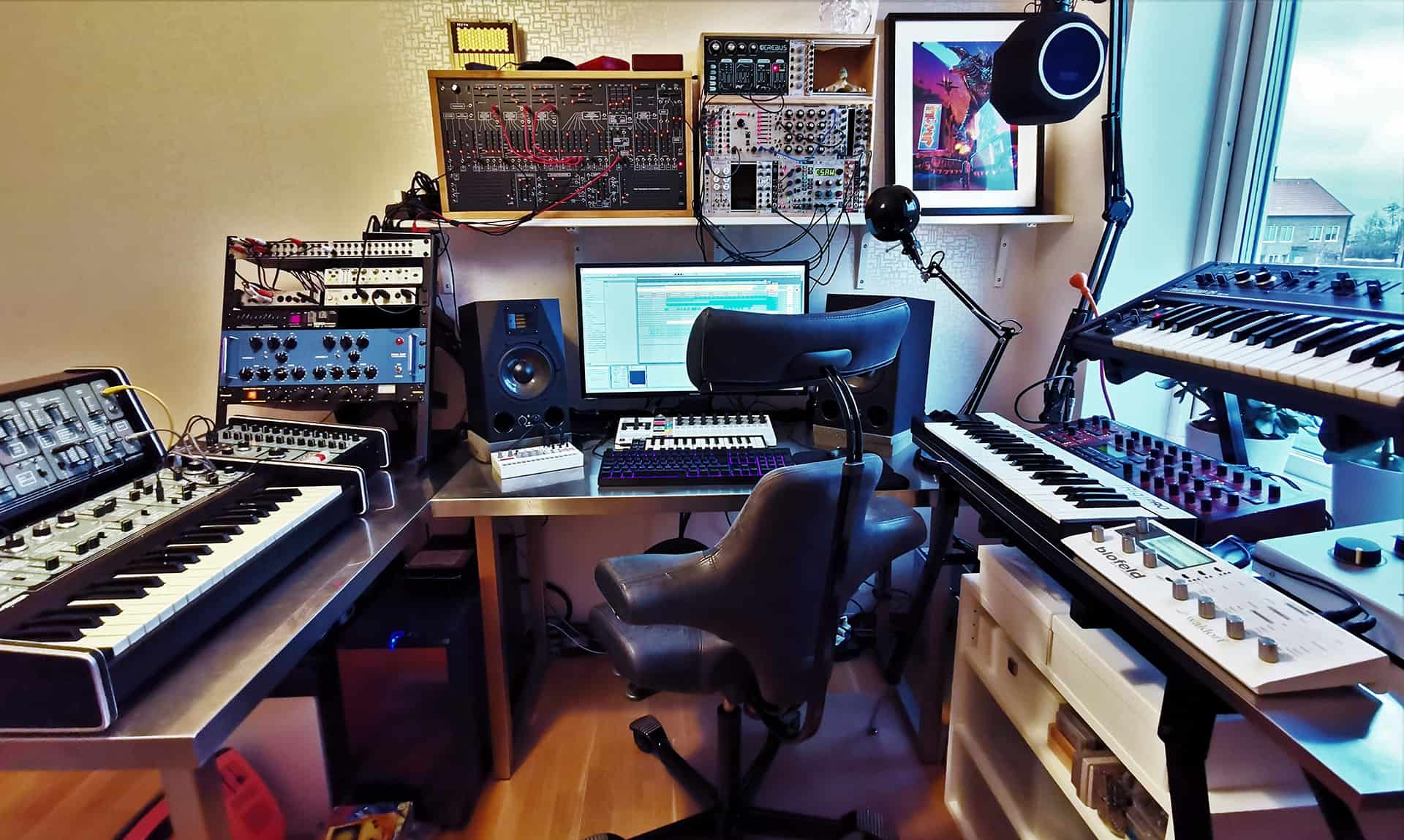